Van Riemsdijk Rotterdam (VRR), vendor of air cargo containers, was faced with the limitations of its standard ERP software and has started to replace this core system with the Thinkwise platform. The IT vendor Starcode is advising them as a knowledge partner. 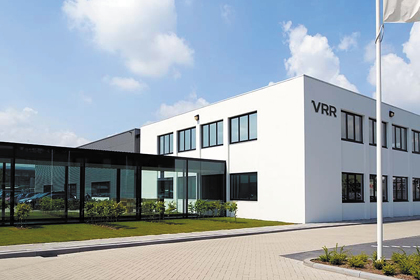 Starcode particularly focuses on automating companies in the manufacturing sector. Hans Schouten, director of Starcode: “The main similarity that our customers, such as Van Riemsdijk, have in common is that there are many steps between the design and production. This process requires, for example, integrations with machines but also within the supply chain it is increasingly important that processes are aligned with each other. Due to this, the IT landscape continued to expand for many of our customers. Partly because of COVID they started the transformation of knowledge systems much faster than expected.”

Erik van Roemburg, VRR ICT & Projects Manager agrees with this. “The flow of information must be correct. Along with a data management system for engineering, we also have an ERP application, a financial system, and several applications that manage the production process. Interfaces always prove to be a disaster because every system works in a different way. Furthermore, we have a young workforce. Engineers are inventive. They then use Google to find a tool that they think will accelerate processes, but this only results in the creation of shadow IT. That is not something you want to have from a management perspective.”

Schouten: “We work for customers with 40 to 10,000 employees. What we see in general is that IT applications have problems keeping pace with current developments. An example of this is when a PDM application is used to manage documents. It's great when a colleague in the service department has direct access to the latest data. Most PDM systems work excellently for CAD data but are not quite as good as a company-wide DMS system. Information, for instance, from sales and service then often ‘drifts around’ somewhere on the network or in Sharepoint.

Managing this costs VRR a lot of time. Furthermore, many functions in standard software appear to be useful, but in practice, they were never used. Van Roemburg: “We work together with Ridder ERP. This standard software fits for 80 percent, also because many modifications are possible within the standard package. However, we could not influence the core of the system and it eventually turned out to be far too rigid. For example, it was difficult within the system to follow the logistic life-cycle of a product. If we later wanted to convert a prototype product, which we purchased to order, to an 'in stock' product the system failed. Because we wanted to achieve the desired improvements, we eventually decided to replace the ERP application as a first step.”

Schouten adds: “Software is intended to provide support. If it starts to create limitations then something starts going wrong from a business perspective. The IT transformation presented SME (Small and Medium Enterprise) companies in particular with a challenge. Because they do not have an army of business analysts and developers.”

Van Roemburg: “We could have opted for a competitive package of Ridder or select a larger system, such as SAP or Microsoft, but that is an extremely expensive choice for an SME company. SME entrepreneurs are often too large for a napkin and too small for a tablecloth. We looked for something that is scalable. That also applies to functionality. This is one of the reasons why we opted for the Thinkwise platform. The starting point is the business process and to provide lean support with software, you want to be able to continuously improve. That is often very difficult with standard software. This can be easily achieved with the Thinkwise platform. Furthermore, Thinkwise promises to continue to support all the different programming languages in the future. You can then survive the migrations from older to newer standards. This is also the reason that we wanted to develop for ourselves.”

VRR has now started to develop the application with a small team. “We have started with the first modules and subjects and we have produced a roadmap. Ridder ERP covered around 80 percent of our requirements so we wanted the application that we build with Thinkwise to be quite similar, but at the same time tackle the problems that we faced. Within one year, with 2 FTEs, we have converted the first branch. We have, of course, had to practice quite a lot because we are not an IT development organization and not everything went smoothly, but low code has certainly proved itself. It is possible to build a complete ERP system with two men in just one year.”

Self-learning software improves ease of use and productivity

Victor Klaren, co-founder and CVO at Thinkwise The popularity of low-code development platforms has increased enormously in recent years. And there...

Thinkwise technology is available to everybody

Robert van der Linden, founder of Thinkwise.  It is no secret that Thinkwise offers a unique product in the low-code landscape. Forrester research...

Get notified of the latest Thinkwise news!

Be the first to know about new low-code development insights, inspiring customer cases and the latest Thinkwise news.

By subscribing you will receive a weekly digest of our news & blog posts!