Apeldoorn, 23 June 2022 - For many companies, the digital transformation is one of the greatest challenges of the present. A key role in the transformation processes is, of course, played by powerful and modern software solutions - especially IT core systems, which are particularly crucial for the competitiveness of a company. However, one of the biggest problems here is (excessively) long development times, which are often no longer compatible with the requirements for agility and flexibility. This dilemma can be solved with low-code technology. The medium-sized special machinery manufacturer Kolbus has fundamentally modernised its 30-year-old ERP solution with the powerful low-code development platform of the Dutch software provider Thinkwise. This conversion is one of the largest IT projects in the history of the almost 250-year-old family-owned company.

Founded in 1775, the traditional company Kolbus GmbH & Co. KG, founded in 1775, builds special machines with around 650 employees and, according to its own statement, became world-famous with machines for industrial bookbinding. At their headquarters in Rahden, Westphalia, the specialists primarily develop and produce machines and components for the production of packaging materials (luxury packaging) and corrugated board processing (printing and folding box gluing machines). In addition to these special machines, Kolbus also manufactures sophisticated industrial castings in single-part to small series for around 300 customers.

The need for modernization

The medium-sized special machine manufacturer had previously controlled its correspondingly individual, if not unique, business and production processes with a self-developed enterprise resource planning system, which is now 30 years old, however, and therefore urgently needed to be replaced. For the medium-sized company, however, neither an "off-the-shelf" standard product such as SAP or Microsoft Dynamics nor - due to time constraints - the complete programming of a new ERP solution in the traditional, predominantly manual way was an option. An additional problem was that long-serving IT staff who had mastered the Uniface technology used to develop the old ERP system were retiring. And the company could no longer find new developers who still wanted to learn Uniface programming.

Therefore, project manager Paul Rohr decided to modernise Kolbus' outdated company software by means of low-code development. However, only a few low-code providers come into question for an IT project of this size for around 500 users. Two reasons in particular spoke in favour of the development platform of the Dutch software provider Thinkwise. Firstly, its low-code technology is leading in the upper market segment of so-called mission-critical IT core systems according to analysts, which is also confirmed by numerous Thinkwise users based on their own experience with the provider. Since the end of 2021, the Dutch have also been self-confidently documenting their claim to technological leadership for such complex IT projects with a time guarantee that is unique in the industry. 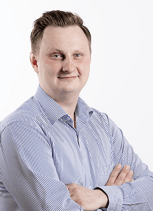 Mr Rohr, just like the IT applications of thousands of other companies with several million users worldwide, your self-developed ERP system used to be based on the Uniface platform. Why have you now said goodbye to this proven technology and instead want to use a completely new IT system in the future, which is based on the low-code principle and thus represents a complete technological paradigm shift?

Paul Rohr: "Our individual business processes are certainly unique due to their very high flexibility and thus represent a decisive competitive advantage. In addition to the usual modules such as master data management, production planning and control, purchasing and materials management as well as service and sales processing, our ERP system also includes self-developed functions for warehouse management, parts lists as well as for accounting and controlling. The specific applications of our self-developed ERP system in the form of a client/server application have been continuously developed and adapted for 30 years, which is why they are getting on in years."

"At the same time, the requirements have become significantly more complex and have diversified with regard to current technologies such as mobile or web applications. The pressure to reduce the development time of new applications or to use the time effectively has increased significantly accordingly. Therefore, we decided to evaluate possible technology alternatives to Uniface. In the process, the very interesting and promising possibilities or concepts of Thinkwise had emerged."

Overall, has your work with the low-code platform and the Thinkwise service met your expectations so far?

Paul Rohr: "A low-code platform fundamentally changes the way IT developers work. It is noticeable that younger developers in particular quickly achieve success with this approach, which increases their motivation. This makes us positive that this is the right approach at the right time to design and develop an IT application that will take Kolbus years and decades forward - supported by what we see as Thinkwise's very efficient and open service. It is clear time and again that there is a clear commitment to Kolbus and to this project on the part of Thinkwise across all management levels."

Thinkwise technology is available to everybody

Robert van der Linden, founder of Thinkwise.  It is no secret that Thinkwise offers a unique product in the low-code landscape. Forrester research...

Get notified of the latest Thinkwise news!

Be the first to know about new low-code development insights, inspiring customer cases and the latest Thinkwise news.

By subscribing you will receive a weekly digest of our news & blog posts!